A HISTORY OF SOIL AND WATER SCIENCES AT UF

In 1907, the Experiment Station was moved from Lake City to Gainesville. The present Newell Hall, then called the Experiment Station, was built in 1908. A.W. Blair (1899-1910), chemist, probably should be considered as a pioneer in Florida soils research. His experiments included the use of lysimeters to study nutrient leaching. This was followed by S.E. Collison (1910-1920), who conducted detailed studies on nutrient leaching in Florida sandy soils.

Soil Science research reached new levels of sophistication in 1925, when Dr. R.M. Barnette was hired as soil chemist. By the end of the 1920s, several sub-disciplines of soil science were recognized, including physics, chemistry, mineralogy, and microbiology. Two examples of M.S. Theses were: (1) An attempt at the isolation of an organic toxicant in an Everglade soil (1925, J.B. Hazard), and (2) The factors affecting the formation of the organic hardpan in the Florida Flatwood soils (1929, L.A. Richardson). Scientists in the early part of the 20th Century recognized the importance of two major soil types in Florida, organic soil (Histosols) and flatwood soils (Spodosols).

In 1933, the Department of Chemistry and Soil was established, with R.W. Ruprecht (1920-37) as head of the department. In 1937, the department was re-organized with Dr. R.V. Allison (1937-1944) as the new head. In 1939, the name was changed to the Soils Department. Faculty included C.E. Bell, H.W. Winsor, F.B. Smith, J.R. Henderson, L.K. Rogers, and R.A. Carrigan. Dr. Allison was instrumental in the establishment of the Soil Science Society of Florida and its high-level publication has proven to be of inestimable value for state-wide distribution technical information. A major publication that year was Bulletin 334, The Soils of Florida by J.R. Henderson.

The Department expanded with several post-war appointments in 1946. F.B. Smith became head (1945-65) with new faculty added: G.M. Volk (1939-75), Soil Chemist; J.R. Neller (1944-62), Soil Chemist; G.T. Sims (1944-46), Chemist; G.D. Thorton (1944-56), Soil Microbiologist; R.E. Caldwell (1941-82), Pedologist; O.C. Olson (1941-46), Soil Surveyor, and L.E. Ensminger (1942-44) Soil Chemist. The passing of legislation for the State Soil Survey in 1941 opened a new era of land classification and evaluation. During the 1950s a series of studies showed the significance of various soil physico-chemical properties on soil fertility and plant nutrition. Some significant contributions included: rhizobium usage in Florida’s agriculture, boron nutrition, and nitrogen and phosphorus requirements of several crops. Nutrient losses through leaching were measured in many cropping systems. Emphasis on research was slowly shifting from traditional soil fertility to environmentally sound practices. The first Ph.D. degree in soils was awarded in 1955 (since then, over 130 doctorate degrees have been awarded).

During the 1960s some of the active research programs included: phosphorus chemistry, biological nitrogen fixation, and forest soil fertility. Dr. F.B. Smith retired in 1965, followed by the appointment of Dr. C.F. Eno as department head in 1966. The expansion of citrus to the interior flatwoods created several new problems in soils management. The SWAP (Soil Water Atmosphere Plant) project established in 1968 at the Ft. Pierce Agricultural Research and Education Center, gained high scientific visibility as a comprehensive, multi-disciplinary approach to the problem of water control and citrus growth.

The name of the department was changed to Soil Science in 1971. During the 1970s the department’s research emphasis focused on the fate and transport of nutrients, pesticides, and waste constituents. Much of the work during this period laid a strong foundation for environmental research in the later part of the century. Dr. Eno retired in 1983 and Dr. Brian McNeal became the new department chairman. Dr. McNeal remained in this position until 1989, followed by Dr. Jerry Kidder as interim chair (1989-90). He in turn was followed by Dr. George O’Connor (1990-94) and in 1992 to reflect importance of water the department name was changed to Soil and Water Science. Dr. Randy Brown (1994-2000) assumed the leadership of the department in 1994. Each of these chairs contributed significantly to the development of this department. Dr. K. Ramesh Reddy (2000-2018) assumed the leadership in 2000 and transformed the department thrust areas across wide range of ecosystems including agricultural, forest, grassland, urban, wetlands, and aquatic systems. Recognizing the importance of soil and water as foundation of these ecosystems, in 2016 the department name was changed to Soil and Water Sciences. The name was changed once more in 2022 to the Department of Soil, Water, and Ecosystem Sciences to better reflect the focus on ecosystems and ecosystem services.

In almost 100 years, numbers of SWS faculty, staff and students have made significant contributions to improving the productivity of Florida’s agriculture and contributed to soil and water science at national and international levels. In the past three decades, the research and educational focus of the department has been on environmental issues related to soil and water quality. As we move into the 21st century, we need to reflect on many of our past experiences and accomplishments, and build upon them to address the challenges of the soil and water quality issues of the future. 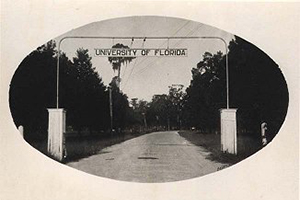 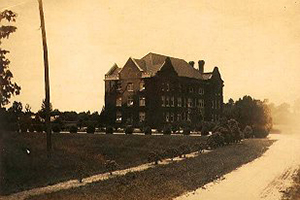 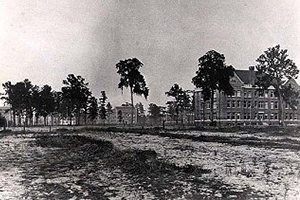 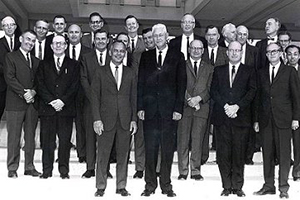 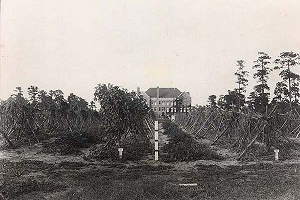 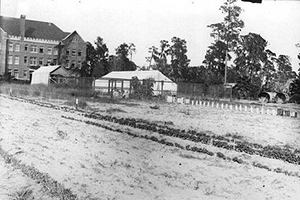